Join us for our Harry Potter Story Time, every Thursday from 7-8pm!

The series of seven British fantasy novels chronicle the lives of a young wizard, Harry Potter, and his friends, Hermione Granger and Ron Weasley, students at Hogwarts School of Witchcraft and Wizardry. Starting as an innocent, young boy and ending as a “brave, brave man,” Harry Potter is a death-defying tale of overcoming evil with the transforming power of love.

As an international best-selling series and critically acclaimed film franchise, there is hardly a person in the world who hasn’t heard of the Boy Who Lived or his nemesis He-Who-Must-Not-Be-Named. Starting with the first book in the series, Harry Potter and the Sorcerers Stone, the Harry Potter Story Time reads one to two chapters in the book (as close to verbatim as live reading allows), delivering a thrilling tale of overcoming the odds.

Our own Emric Taylor will serve as narrator on this adventure. Get your wands ready, your owls fed, break open a butterbeer, and join us every Thursday!

Note: This story time will not be recorded, so make sure to join every week! 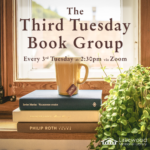 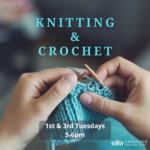 No event found!
Logo scheduler plugin was brought to you by the website developers at allmywebneeds